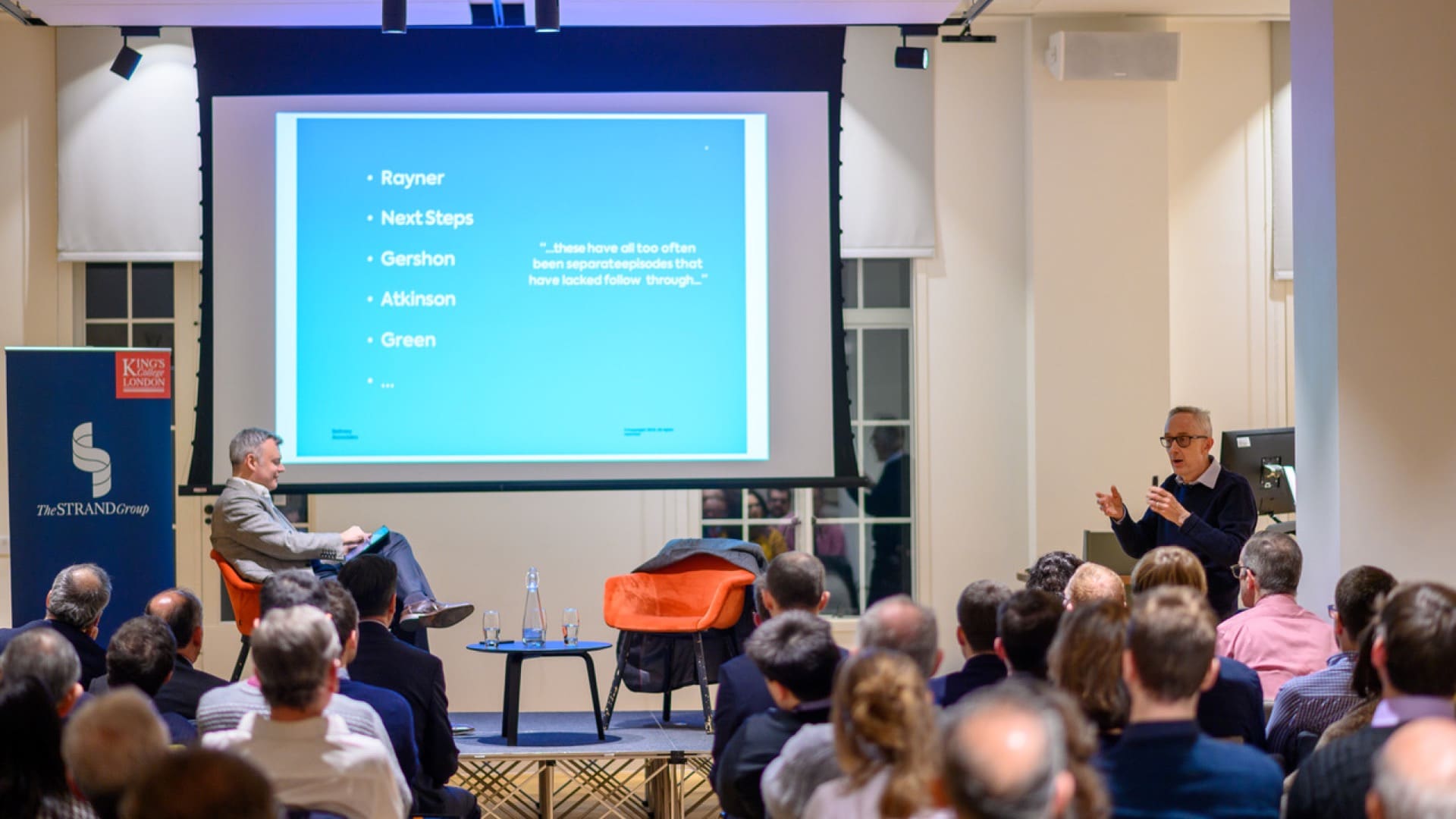 Sir Michael Barber presented to an audience of 100 former civil servants, students, academics, and representatives from business at an exclusive event organised by The Strand Group, part of the Policy Institute at King’s College London.

Entitled ‘Delivering Public Value: The Role of the Treasury’, Sir Michael discussed government efficiency and historic reform reviews including Sir Derek Rayner’s reviews which Margaret Thatcher strongly supported, The Next Steps Agencies, and the Atkinson and Green reviews. He noted that while some of these had been successful, they had tended to be episodic and did not achieve long-lasting change.

Sir Michael went on to outline his Public Value Assessment Framework, part of the work carried out by Delivery Associates for the UK Treasury, published alongside the Government’s Budget in 2017. The report drew on previous successes from the last twenty years but with a renewed emphasis on delivering real outcomes, i.e. value, for taxpayers.

The presentation outlined the Framework and explained the relationship between funding and outcomes, and the importance of measurement and data in government.

In an interactive Q&A after the presentation, Sir Michael took a range of questions from the audience including how the Public Value Framework could be applied to wider organisations both inside and outside government.

Every nation needs to prepare for a Covid vaccine now