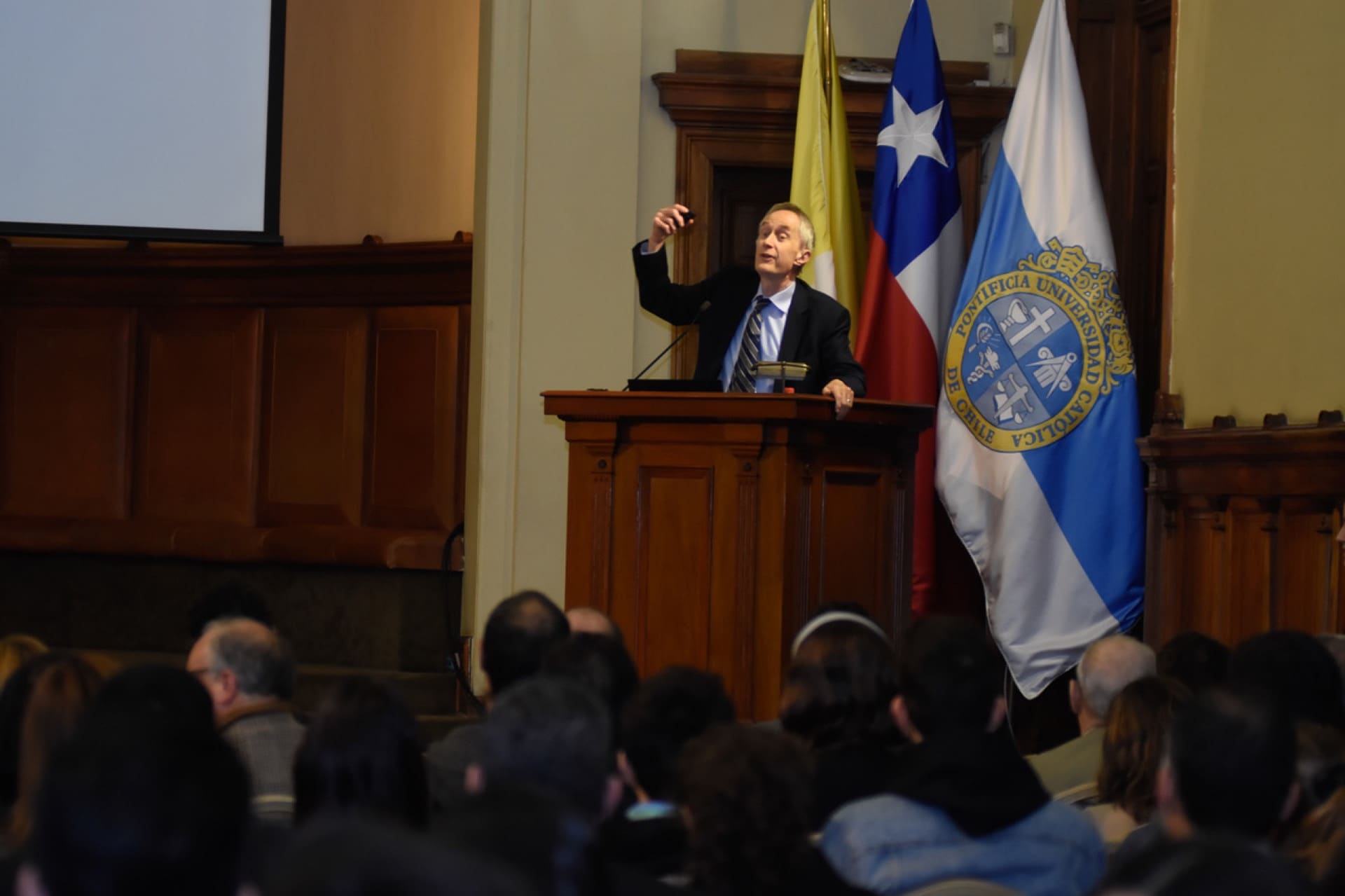 Sir Michael Barber today gave a keynote presentation to an audience gathered at the original library of the Catholic University’s Law School in Santiago, Chile.

The Centre for Public Policy (CPP) hosted the event to mark their 17th anniversary and welcomed an audience of over 150 government authorities, civil servants, private sector leaders, educators and academics.

Entitled “How to run a government so that citizens benefit and taxpayers don't go crazy’, Sir Michael talked about the importance of focusing on implementation and delivering public value.

The panel also reflected on how lessons from around the world can be applied to the Chilean context, particularly in light of growing skepticism with public institutions and the crisis of liberal democracy.

Listen to Sir Michael’s interview with Tele13 in Chile here

Every nation needs to prepare for a Covid vaccine now