What would it take to save lives through digital contact tracing?

Mission-driven design thinking and close collaboration with government, tech, and residents allowed for development and deployment of a live-saving app in Jordan – in just three weeks.

As governments around the world attempted to reopen safely throughout the COVID-19 pandemic, contact tracing became an increasingly important way to track exposure, control spread, prevent new outbreaks, and save lives.

The scale of contact tracing necessary to make a significant dent in disease spread requires large, coordinated efforts – and time is a critical factor. Also, digital contact tracing only works if a critical mass of users downloads – and actively engages with – the app.

DA Digital partnered with Jordan’s Ministry of Health, the Prime Minister’s Office and Jotech, a youth tech volunteer organisation, to develop and deploy the app in just three weeks. United by a common mission to save lives, the team was able to launch in record time by:

The app, called Aman, or "safety," has reached over two million downloads – and was ranked the #1 app in Jordan. User retention for the app remains high at over 80%. The app has identified and traced 35% of all exposures in the country, contributing significantly to the control of disease spread – and helping to save lives.

The Aman app has reached over two million downloads, with 80% user retention. 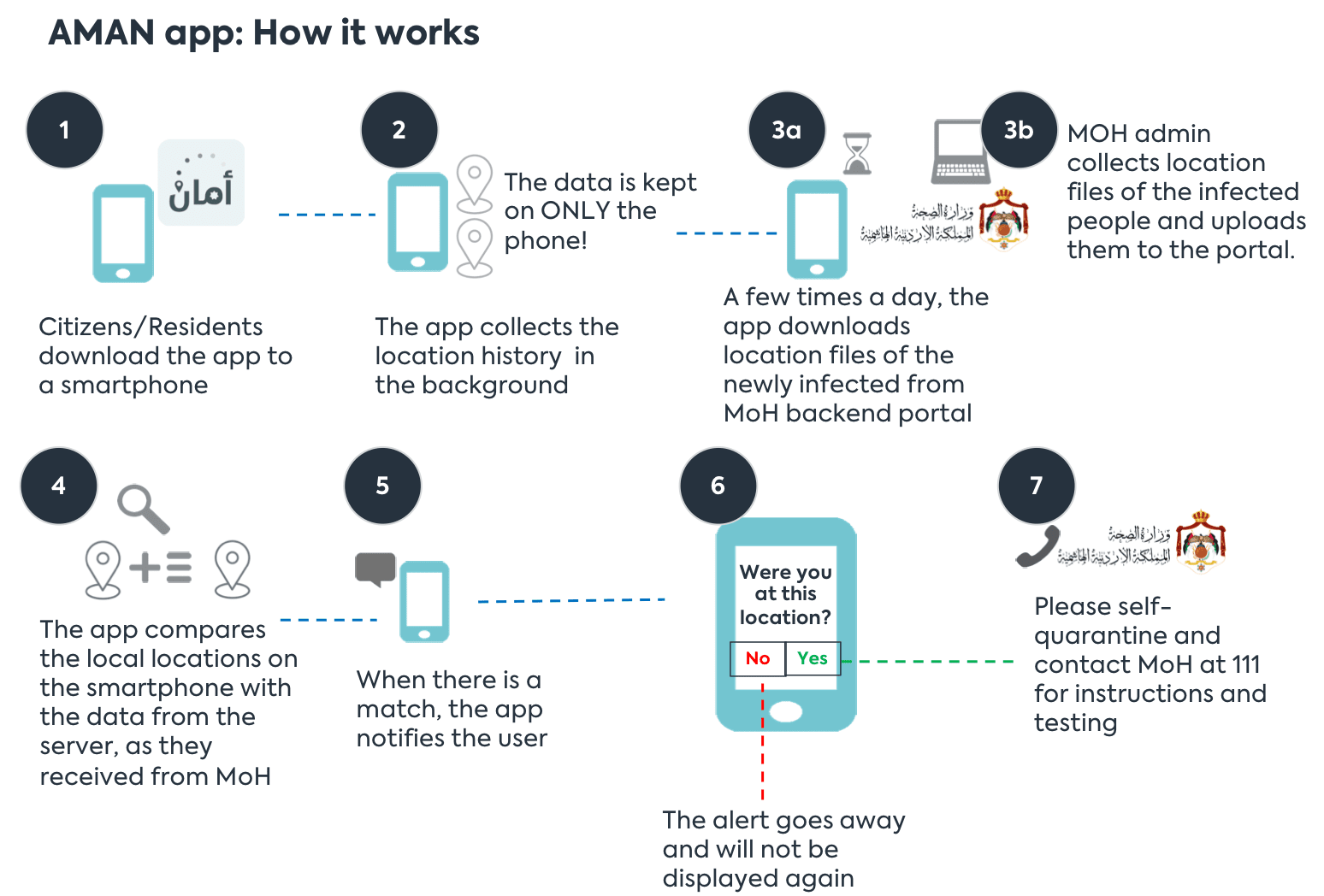 Join a growing community of public sector practitioners making change happen all over the world.

Thank you! Your submission has been received!
Oops! Something went wrong while submitting the form.
Related Work

What would it take to improve vaccine equity?

What would it take to support cities in COVID-19 response and recovery?